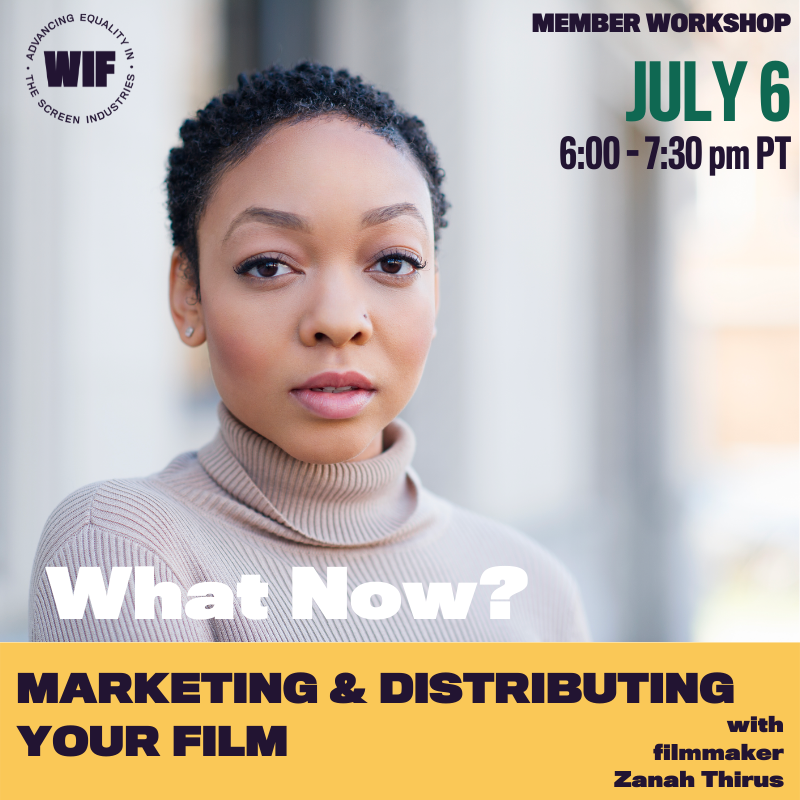 This workshop is dedicated to indie filmmakers who find themselves asking "What now?" after their film is made.  Join WIF and filmmaker Zanah Thirus for a member workshop that will cover the basics of marketing and distribution, as well as resources for getting your film out into the world!

Space is limited to 25 participants! Don't wait to sign up.

About Zanah Thirus:
Named one of Diversity in Cannes' Top 10 Filmmakers of the Decade, Zanah is a filmmaker (producer+ director+ writer) from Chicago, IL.

Since launching her brand, Zanah Thirus Productions, Zanah has shifted her focus to merging arts and activism through documentary and narrative storytelling. Her films explore subjects such as reproductive justice, local politics,  intersectional feminism, and recovering from sexual trauma.

Zanah’s current project ‘New Santa’ is slated to film in February 2022. The comedic short is set in the North Pole during a diversity, equity and inclusion overhaul, and a Black woman is appointed to the position of Santa Claus.

Outside of film festivals, Zanah’s projects have been distributed to over 20 academic libraries including Harvard University, and screened with various organizations including the American Public Health Association's national conference.

Zanah continues to write, produce, and direct projects that align with her overall mission of using film as a medium to drive social change.