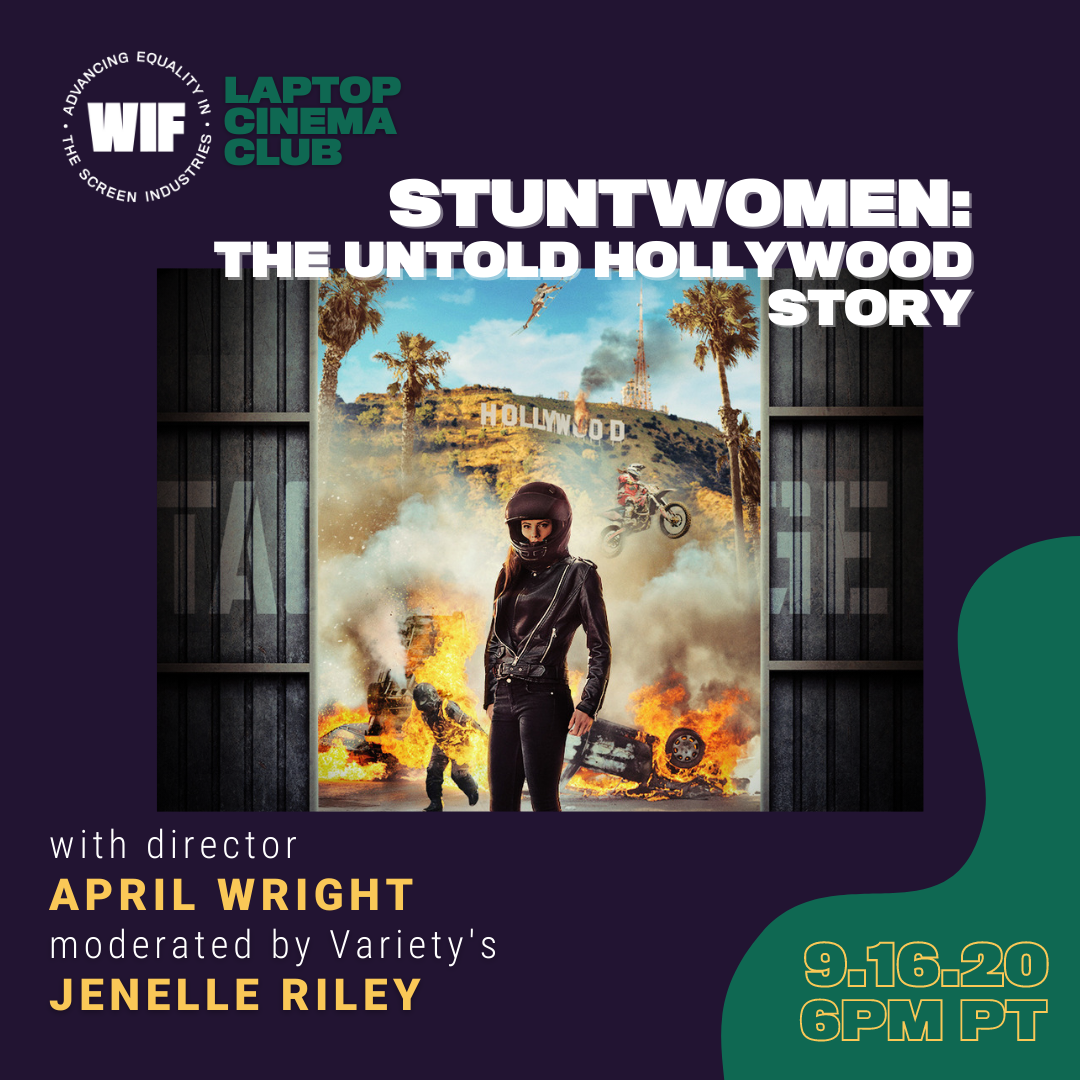 Join WIF as we discuss the awe-inspiring documentary STUNTWOMEN: THE UNTOLD HOLLYWOOD STORY with filmmakers Mollie Gregory and April Wright, along with stuntwomen Cheryl Lewis, Amy Johnston, and Donna Keegan. Being a stuntwoman takes discipline, strength, coordination, courage and a sense of humor to get through the pain. Leaping over walls, taking a punch, landing a kick, feeling the heat of an explosion, and sometimes holding dangerously sharp objects, these are the routine dangers stuntwomen face at the office.  On September 22, 2020, Shout! Studios will unleash the highly anticipated documentary feature STUNTWOMEN: THE UNTOLD HOLLYWOOD STORY on digital platforms everywhere for watch-at-home. Catch the Official Movie Trailer HERE.

STUNTWOMEN: THE UNTOLD HOLLYWOOD STORY, based on the best-selling book by Mollie Gregory, introduces us to the secret stars who provide the electrifying action that makes the best Hollywood movies and television, from the first black-and-white “flickers” to today’s high-tech mega epics. These unheralded heroines are the generations of stuntwomen who risked their lives in front of the camera, while behind it they fought for equal rights with male stunt performers, battled sexism and harassment, sustained life-threatening injuries and returned to the fray after each battle. Michelle Rodriguez meets some of the stuntwomen who have doubled for her in numerous action sequences. Film historian Ben Mankiewicz (Turner Classic Movies) guides Michelle and two stunt performers through film clips from the early days of cinema, when women performed their own stunts. Directors Paul Verhoeven, Paul Feig and Anne Fletcher and producer Al Ruddy discuss the importance of stunt performers in their films and reveal some tricks of the trade. Nell Scovell (Lean In, Sabrina the Teenage Witch) has written the provocative and insightful narration.