Conversations & Connections: The Women of "Late Night with Seth Meyers" 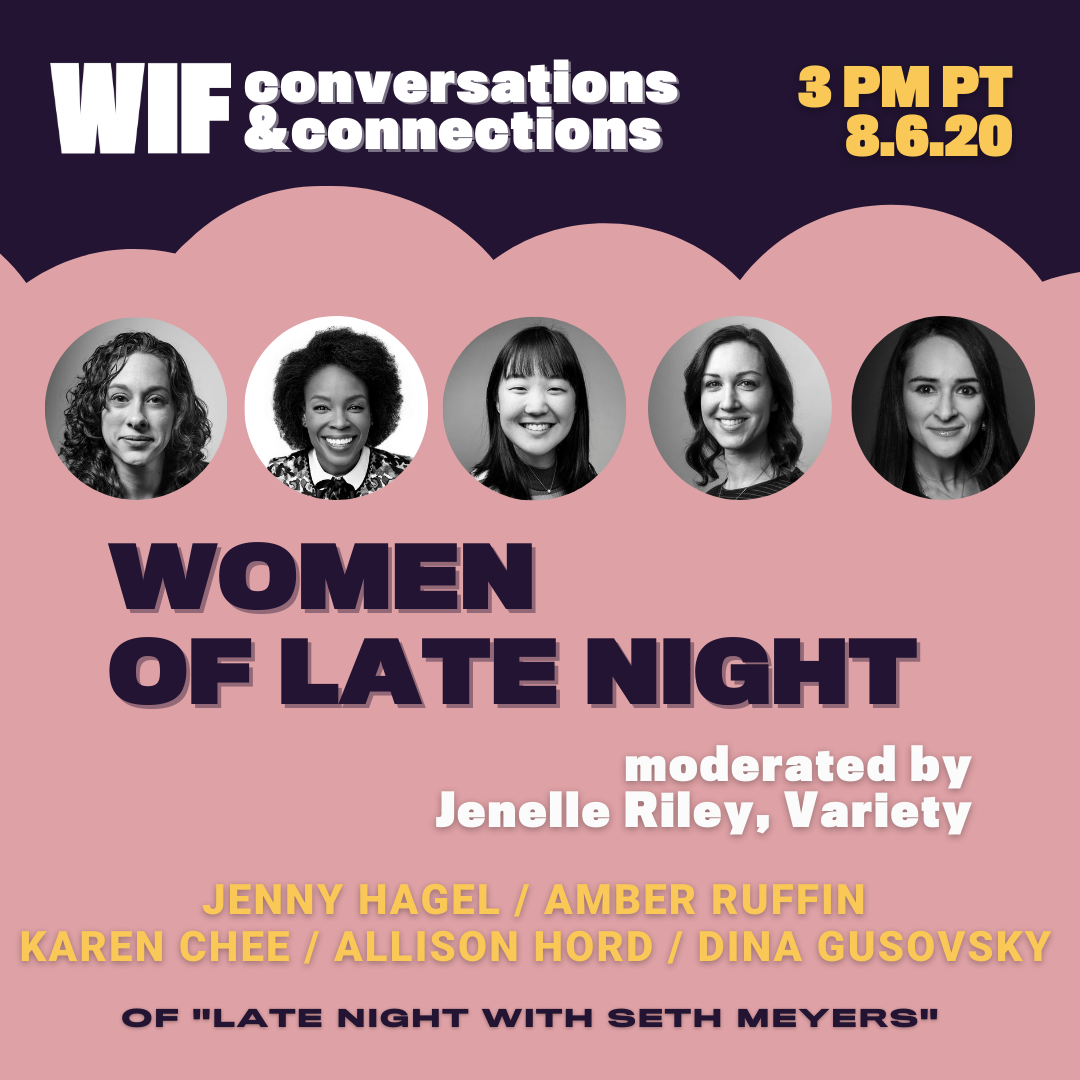 We are lucky enough to have five of the "Late Night with Seth Meyers" writers to discuss their careers in comedy, how and when career intersects with identity, and current events. Please join us for this fascinating conversation spanning comedy to writing with Amber Ruffin, Jenny Hagel, Allison Hord, Dina Gusovsky, and Karen Chee, moderated by Variety's Jenelle Riley.

Emmy and WGA Award nominee Amber Ruffin is a writer and performer for NBC’s “Late Night with Seth Meyers” and was the first African-American female to write for a late-night network talk show in the U.S. Ruffin’s own series “The Amber Ruffin Show” is coming soon to Peacock. Ruffin wrote and performed on Comedy Central’s “Detroiters” and is a regular narrator on the cabler’s “Drunk History.” Ruffin was previously a performer at Boom Chicago in Amsterdam, iO Theater and the Second City in Chicago. In 2018 she hosted the WGA East Awards and the Webby Awards. Ruffin adapted “The Wiz” for the MUNY in St. Louis in 2018 and was a writer/performer for the 2018 and 2019 Golden Globe Awards. She has also written for the HBO series “A Black Lady Sketch Show.”

Allison Hord is currently a writer and correspondent on “Late Night with Seth Meyers” where she has been on staff since 2016. Previously she was an Executive Producer at Funny or Die where she produced Funny or Die’s first full-length features, “iSteve” and “Donald Trump: The Art of the Deal” starring Johnny Depp.

Dina Gusovsky is an award-winning journalist and Emmy-nominated writer at “Late Night with Seth Meyers,” where she focuses on writing topical and long-form political comedy, as well as sketches. Previously, she was a reporter at CNBC, where she reported and produced investigative documentaries and series for digital and television platforms including “Nightly Business Report” and “On The Money.” Prior to CNBC, Gusovsky was a writer, producer, and reporter for “Bloomberg News” and began her career at CNN. She won the 2015 Walter Cronkite Award for Excellence in National Investigative Journalism for her documentary, “Death & Dishonor: Crisis At The VA.” She was also part of the investigative reporting team that won a George Polk Award and the New York Press Club Award for exposing the Luxembourg Tax Leak story. Gusovsky was born in Moscow, Russia and immigrated to the United States from the Soviet Union as a political and religious refugee.

Karen Chee is a stand-up comedian and writer for ​“Late Night with Seth Meyers.” She also wrote for the 76th Annual Golden Globe Awards and is a regular contributor to ​The New Yorker​.