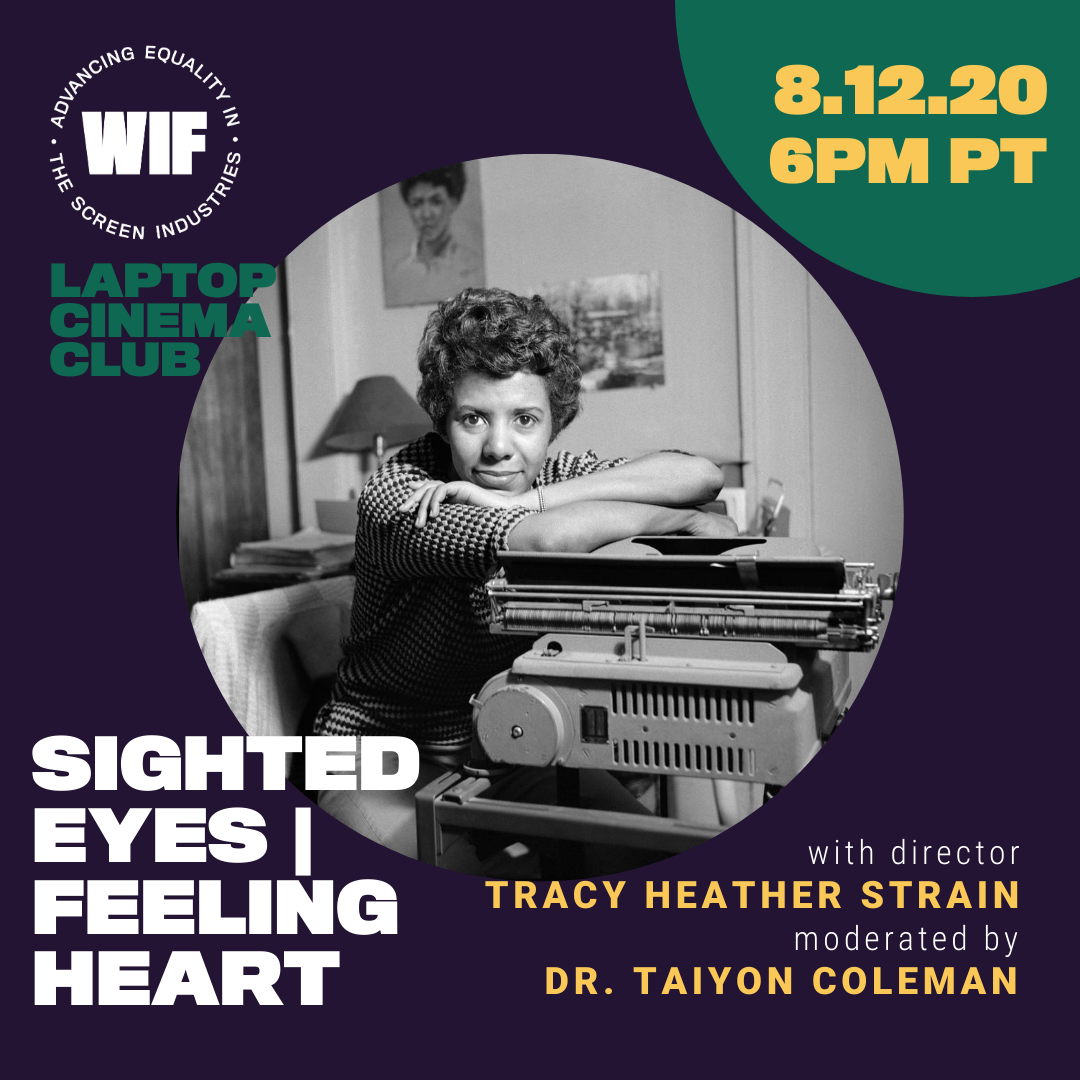 Join WIF in conversation with "Sighted Eyes/Feeling Heart" director Tracy Heather Strain, moderated by Dr. Taiyon Coleman. "Sighted Eyes/Feeling Heart" (which is now streaming on PBS and on the PBS app) is the first in-depth presentation of Hansberry’s complex life, using her personal papers and archives, including home movies and rare photos, as source material. The film explores the influences that shaped Hansberry’s childhood, future art and activism.

Tracy Heather Strain, co-founder of the Middletown-based production company The Film Posse, is an independent, Emmy-nominated filmmaker specializing in documentary production. She won a 1999 Peabody Award for her first two feature documentaries as part of Blackside’s six-part PBS series “I’ll Make Me a World: A Century of African American Arts.” She won her second Peabody in 2019 for the American Masters television broadcast of her latest directing effort, “Lorraine Hansberry: Sighted Eyes/Feeling Heart,” the first feature film about the late artist/activist best-known for writing the play “A Raisin in the Sun.”

The bio doc, which premiered at the 2017 Toronto International Film Festival also netted Tracy a 50th NAACP Image Award for Motion Picture Directing last year and the American Historical Association’s John E. O’Connor Film Award. Her other credits include directing for additional PBS documentaries including “Race: The Power of an Illusion and Unnatural Causes: Is Inequality Making Us Sick?” as well as nonfiction video projects for nonprofits and educational institutions.

A Harvard Graduate School of Education and Wellesley College graduate, Tracy is a Professor of the Practice teaching documentary production, storytelling and history at Wesleyan University’s College of Film and the Moving Image and co-directs the newly established Wesleyan Documentary Project. The filmmaker also serves on the board of Sportsmen’s Tennis and Enrichment Center in Boston, Massachusetts, where she lived for almost 40 years.