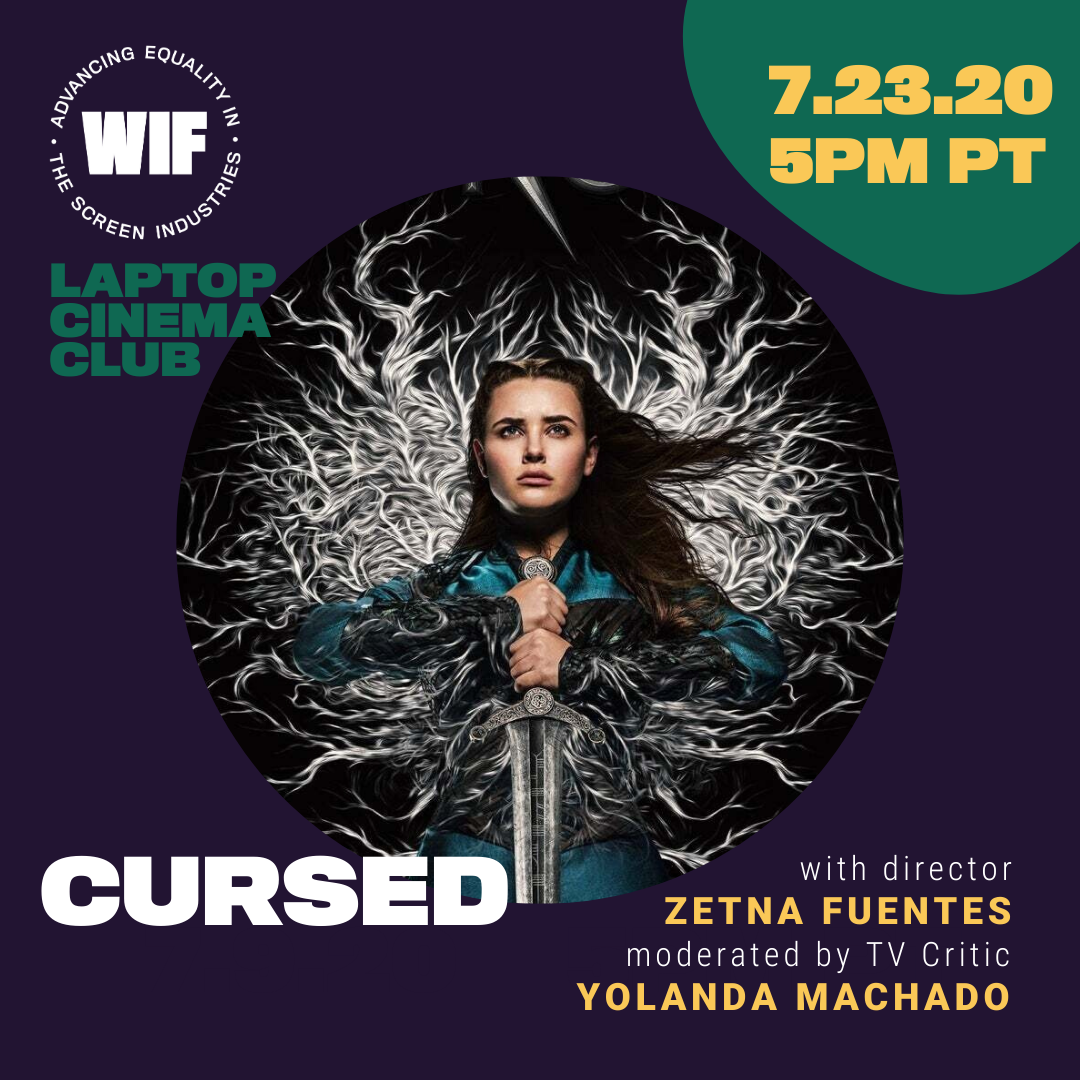 Join WIF for an exciting conversation with Netflix’s "Cursed" director Zetna Fuentes, moderated by TV& Film critic Yolanda Machado. Zetna is one of eight directors in the inaugural class of ReFrame Rise, a two-year sponsorship program that provides high-level endorsement and career acceleration for experienced female directors who are poised to lead commercial features and high-profile television shows.

Netflix's "Cursed" follows young rebel Nimue who, armed with mysterious powers and a legendary sword, joins forces with charming mercenary Arthur on a mission to save her people.

Zetna Fuentes has established herself as one of the industry's most in-demand directors as she continues to helm episode after episode of many of television’s most notable, award-winning shows. Most recently, Fuentes directed, and executive produced the pilot and second episode of the highly anticipated upcoming Netflix series “Cursed,” based on the illustrated novel by Frank Miller and Thomas Wheeler, out on July 17, 2020.

Her work has been showcased on numerous primetime drama series including HBO’s “The Deuce,” Showtime’s Critics Choice nominee “Ray Donovan” and “Shameless,” as well as on multiple award-winning shows such as NBC’s “This is Us”, ABC’s “Grey’s Anatomy” and “Scandal.” Other directing credits include FX’s upcoming, “The Old Man,” “The Chi,” “Jane the Virgin”, “Jessica Jones,” “Longmire," “Bosch,” “Snowfall,” and “Pretty Little Liars.” Next, she'll be directing multiple episodes of Julian Fellowes’ (“Downtown Abbey”) ”The Gilded Age” on HBO.

Prior to her primetime success, Fuentes first earned recognition for her work on the popular daytime dramas, “Guiding Light” and “One Life To Live”, for which she was awarded three Daytime Emmy nominations in 2010, 2011, and 2012 for Outstanding Drama Series Directing Team.

Born and raised in the Bronx, New York, she began her directing career in New York theater working on numerous critically acclaimed Off-Broadway productions. Fuentes is an advocate for diversity and inclusiveness in the industry and serves as an alternate on the National Board of the Directors Guild of America (DGA) and Western Directors Council. She is also a member of the DGA’s Diversity Task Force and is a former co-chair of the DGA’s Latino Committee.

She is represented by UTA and Andrea Simon Entertainment.