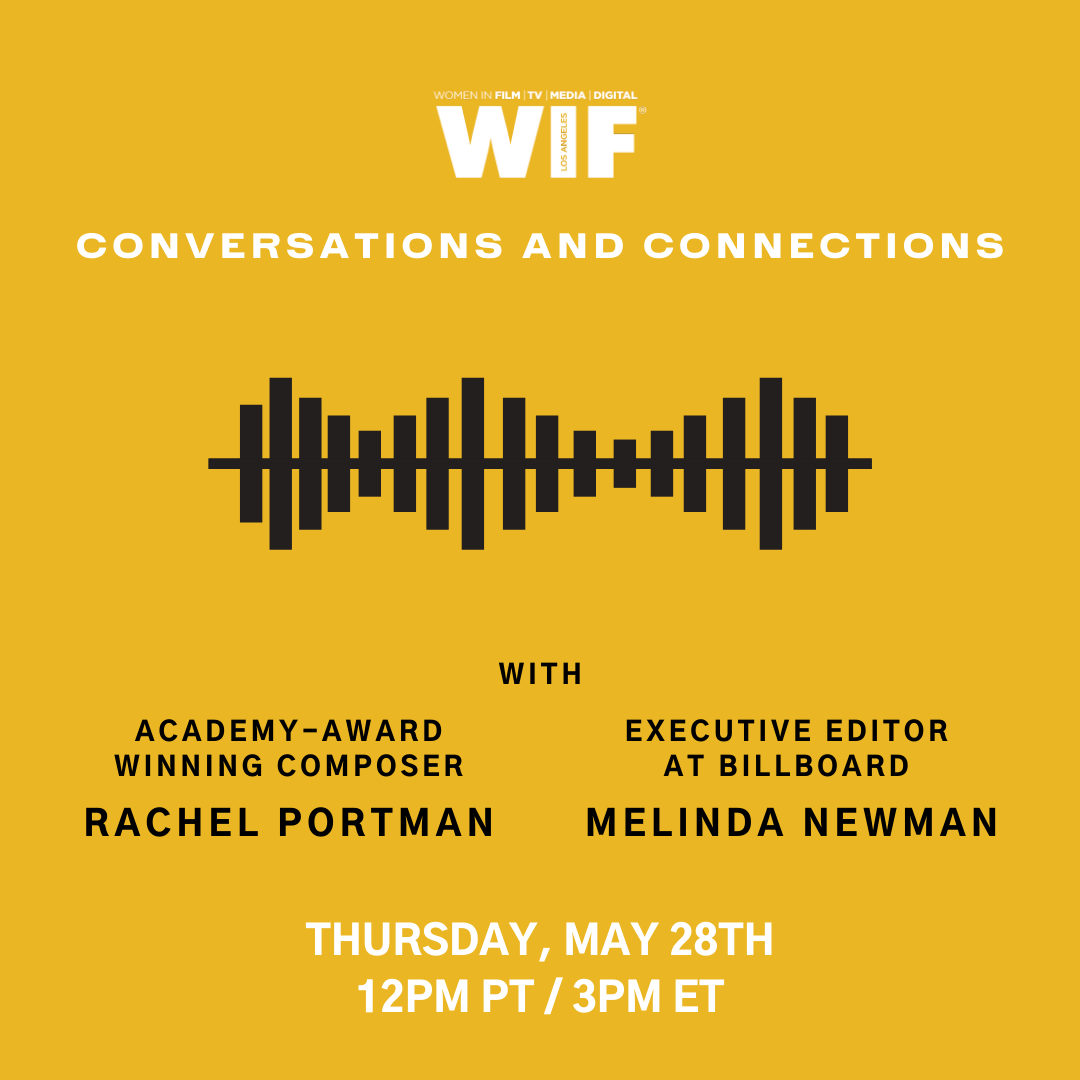 Join us on Facebook Live for a conversation with Academy-Award winning composer Rachel Portman (The Cider House Rules, Chocolat, Emma), the first female composer to win an Academy Award. She'll be in conversation with Billboard's Melinda Newman to discuss her new album, ask the river, released earlier this month via Node Records. Do not miss this fascinating conversation about the intersection of film and music in the entertainment industry!

The first 100 WIF Members will be admitted into the webinar. All other registrants will be redirected to Facebook Live.

Rachel Portman is a critically-acclaimed composer who has written over 100 scores for film, television and theatre. She was the first female composer to win an Academy Award, for scoring Emma. She has received two further Academy nominations for The Cider House Rules and Chocolat, the latter which also earned her a Golden Globe nomination.

Additionally Rachel has written for symphony orchestra as well as stage works. Her opera based on Saint Exupery’s The Little Prince was written for Houston Grand Opera in 2003, and Portman received an Emmy nomination of Outstanding Musical Direction for BBC’s filmed version. Portman received an Emmy nomination for HBO’s Grey Gardens (2009), and won the Primetime Emmy Award for Outstanding Music Composition for HBO’s Bessie (2015). In 2019 Portman wrote Earth Song, a choral piece quoting text by Greta Thunberg, and scored BBC One’s animation Mimi and the Mountain Dragon. Portman was appointed Officer of the Order of the British Empire (OBE) in 2010.